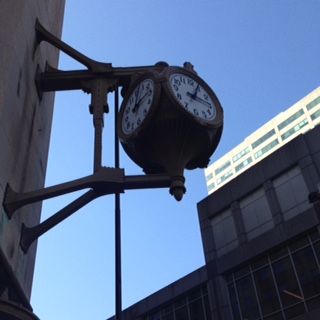 Photography, and the defiance of time + Leica Summicron 40mm f2

The other day, I went to Cincinnati. I went to a camera store, and I went to handle a few other mundane errands. I put the address in Google Maps, and then realized that it was taking me the long way. So I thought to myself, “I would save time, if i took the other route”…

Then I thought of how stupid that must sound. ‘Save time’. How can I, “save time”? Time isn’t a commodity, it is absolutely impossible to save time. I don’t know why, but it just sounded so silly to me. I use the phrase all the time, but this one time, it really hit me how strange it is for us to attempt to save time. Then my mind continued on that thought in multiple directions. But in order for you to understand I have to give you some background info.

I once heard about how time was first created… or rather the concept of ‘time’. I don’t remember where, so I won’t be able to reference this story with any sources. The planet Saturn is supposedly the furthest planet that can be seen with the naked eye. It’s movements across the sky were tracked long ago, and thus people could keep track of the seasons by its position. Thus, like a clock, Saturn was the first instrument used to keep track of cycles, and also the first regulator, and enslaver of man (restricting us, and ‘limiting’ us). The greek word for Saturn is Chronos or Kronos, where we get the word chronology from. I could go on, but I hope you see where I’m going. I thought of how photography defies time in a way. I think that my brain went something like this;

Photography is a way for us lowly humans to capture a moment in time that will never be experienced again. It is our way of defying the god Saturn, and his attempt to enslave us. A picture is almost a way of time traveling. The other day on the radio, I was listening to this story of a guy who suffers from both total recall, AND synesthesia. He performed in street shows, where people would all yell something out to him simultaneously, and after a while he would tell each person what they said, one by one. Which lead me to wonder if photos have the same meaning for people how possess these traits. We save a lot of things, again in fear of them being lost naturally to weak memory. People save voice messages on their phones, mementos from trips they’ve taken, and even articles of clothing worn by their loved-ones, all in attempt for those moments not to be lost to time. Would those things mean much if we never had to fear losing those moments in our minds? Don’t get me wrong. I think that memories being forgotten, or becoming ‘fuzzy’ can be a very good thing. I appreciate the fact that some things will be out of my mind for a good, long time.

“Photography, the art of defying time, the gods, and (along with video/audio recording… and really writing when you think of it) a true time-saver.” That should have been the title for this article but it’s too long.

I purchased a used Leica Summicron-C 40mm F2 the other day. While I’m not quite ready to write a full ‘review’, as it were, on the lens, I just wanted to share my initial impressions on it.

I put this one here, because it wouldn’t fit in the gallery below (give me some time to get used to how this shit works). They are just shots that I wanted to take to get an idea of how it performed, nothing major. Also, all of the shots were taken on the Epson RD-1, but I’m planning on buying a Leica M9 (preferably a black M9-P) soon, so i will do a full ‘analysis’ of it then.