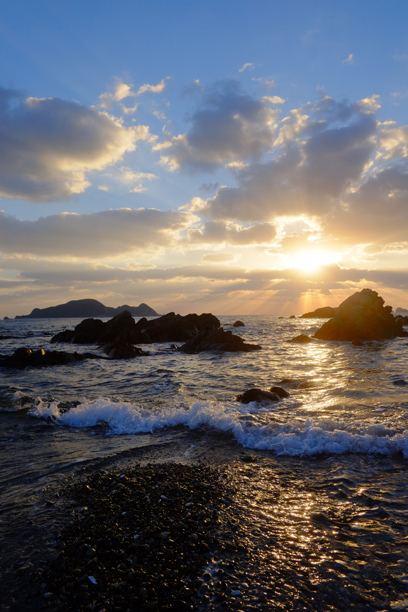 For two weeks now, I’ve been using my weekend to try to make a trip up to a lighthouse here on Fukuejima Island here in Goto. The first time I went, I got stuck here…

…where I took this picture. 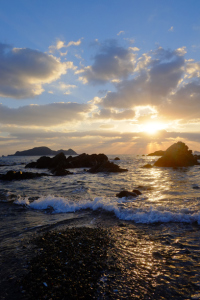 The actual lighthouse is somewhere around here:

The second time I went, last weekend, I made it, but I made too many stops and I arrived literally minutes before the sun went down. The second time I didn’t really get many good shots, in fact when I got home and looked at the pictures I took I almost wept. It was one of those moments where you question what you’re doing with your time, and energy. That level of bad. I can’t say that there were no good shots, but out of the 200+ photos I was expecting to get at least one picture that I would want to share with the rest of the world, but to no avail.

Part of the reasoning for this was that I realized that my Fuji 18mm lens now has a focusing issue or some sort of problem that blurs the entire bottom right side of every frame. I noticed it earlier, but thought I was imagining it, and when I took it out this time, realized that it was real. No big deal, I called Fuji, they told me to send it in, and they’ll fix it. 🙂 Speaking of which, I don’t know how many of my 0 readers have had to send something in to the repair center at Fuji, but it was kind of weird. The lady that picked up was so incredibly polite and patient, and gave me an address in Miyage prefecture, and told me to put a note in the envelope, with the lens, that has my address, phone number, name, and what the problem with the lens is. Nothing about how much it’ll cost, or anything. I don’t know whether to be happy, or nervous.

Back to this lighthouse. Part 3 of this series will be better. I think I’m going to buy a new lens while the 18mm is being repaired (I’m thinking the long-desired 14mm and or the 60mm macro), and this time I’ll do it right. This might be good, since there is a small fishing village near the lighthouse called Tamanoura that has retained its old aesthetics. Also Daihoji Temple, and Imochira Church may make for some interesting photos. Part 3 will have to wait, however, because I’ve decided to take a trip to the Battleship Island (whose real name evades me at the moment) next weekend. The observant of my 0 readers will notice I’ve yet to post any photos related to my inspiration post. I simply haven’t come across anything that catches my eye yet.