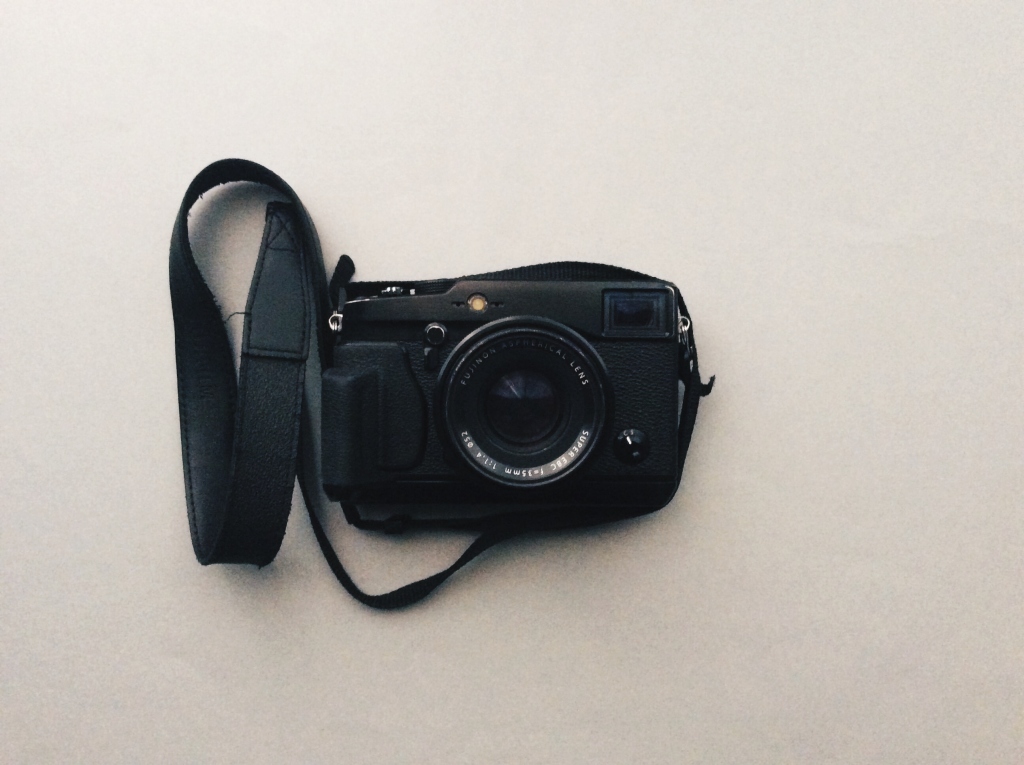 Living on islands for the last two years has made me used to the sea, and traveling on her. The boat ride to Fukuoka from Goto was 9 hours and change, and costs about $45.00. It was very cloudy the whole way, and everything was a blueish gray blur. 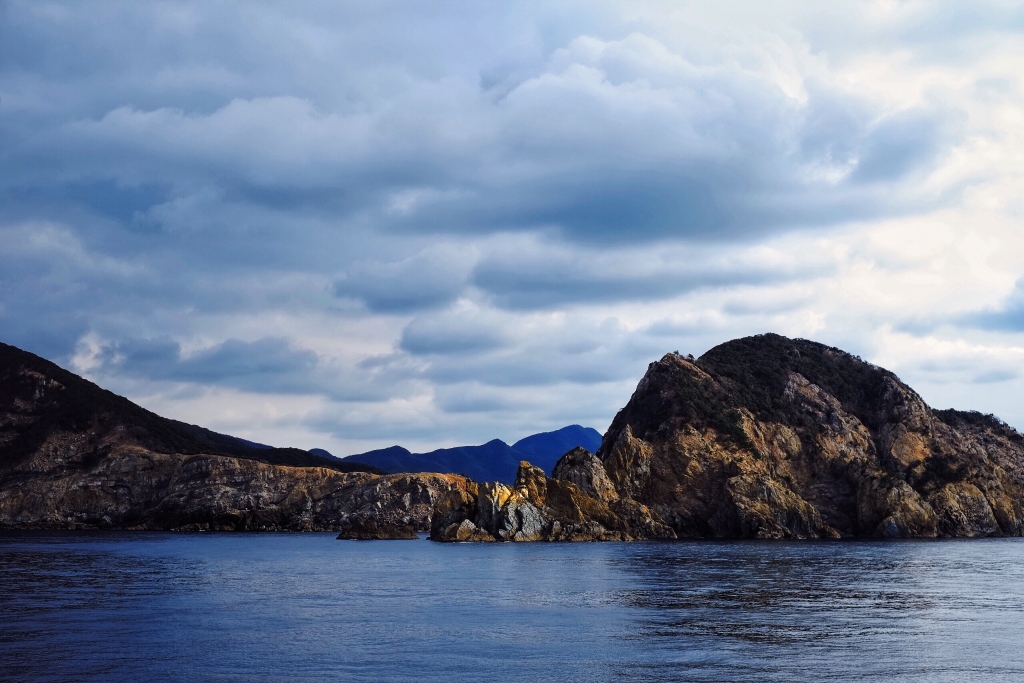 I spent the night in Fukuoka, and the next day I took another boat to Korea. Flying may have been cheaper. There is a very cute baby boy in front of me, and a girl next to me who is taking pictures of herself to pass the time.

I know very little about South Korea. I know that casinos are legal in some areas for non-citizens. I know that Gamcheong is beautiful and I’m excited to shoot there. I know that there is a BBQ restaurant outside of Busan called Michael Jackson that I’m looking forward to. Being out in the middle of the ocean is very humbling. Passing by South Korea’s naval coast guard is as well. All of the Japanese women are wearing Uggs, and the Korean women are wearing New Balance sneakers, or some other brand I’ve never seen before. There is an old Japanese man sitting behind me. He still has on his fishing boots. I wonder why he’s going to Busan… maybe he fell in love with a Korean woman… no, he’s far too serious for love. Maybe he’s going to check on his overseas business endeavors… no, his boots don’t fit that profile. He’s going to get some alcohol. That’s it.

I got off the boat, and headed to the subway station. On the way there, I was stopped in the “foreigners’ district” by someone. “Hey, where are you headed? There’s a really good restaurant down the street if you’re hungry.” I’m hungry, so I entertained the invitation. “Are you in the military? I’ve got this one friend from San Diego… he’s Black…” he said reassuringly. The waitress comes by with the bill. “It’s 10,000 won”. “For rice?” I ask. “You’re paying for mine too, right?” says the stranger. Fuck you, sir.

Back to my journey. The most you pay when riding is 1500 won. I made my way to Teosong, and walked from there to Gamcheong. The colors were amazing, and I spent hours roaming the maze that is its streets. The people I encountered there were all friendly and courteous. After a few hours of taking pictures of the lines and colors in the maze, I made my way to the touristy area of the village, where I explored until dark.

Back to the city. I wanted to play Texas Hold’em so bad but they only had 3-card poker at the casinos. I didn’t take my camera but, the pollution and endless mob looking down at their smartphones made me aware of how living in the country has spoiled me. At the casino, I did receive a free 10,000 won to play on a roulette table, I put it all on even, the number was odd. I ate a lot of very good food, and then went to sleep.

I’m at the port waiting for my boat to arrive, and jotting down some notes. Suddenly I hear a voice, “Are you writing a travelogue? If so, please write good things about Busan!” 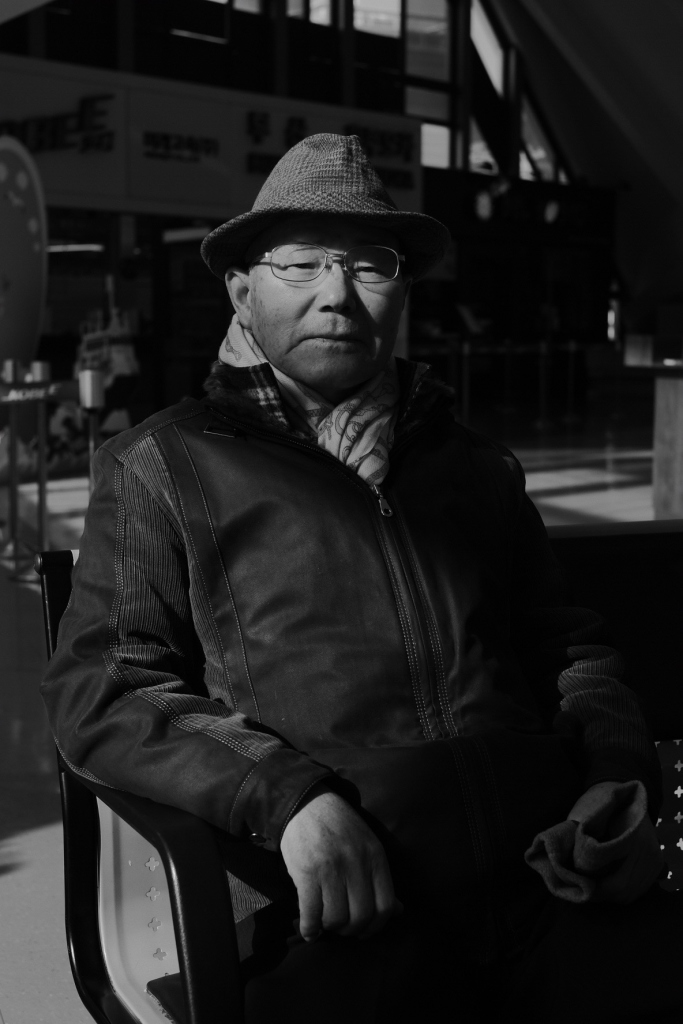 We talked for about an hour about many things. The Korean War, American bases in Korea, and eventually the Japanese occupation of Korea. “They used to have contests to see how many Koreans they could kill. They cut off our noses and ears and then preserved the dead bodies in salt and shipped them back to Japan as trophies.” He continued and said that he couldn’t understand why that even til this day the Japanese government had done nothing to apologize for what they did, even after South Korea asked for the remains of those killed. The requests were apparently ignored. “I understand your frustration Mr. Kim,” is what I wanted to say but I just listened.

He then told me about the time he spent in the US, and his travels… and then… then he… asked me if I had accepted Jesus in my life. Holy Koogamoonga!! He’s a Jehova’s witness, and I was the target! I got hit with the “Is Satan Real?” pamphlet and another one about their website. He then pulled out a Hebrew Bible and started reading it to me. Incredible.

One of the reasons I wanted to shoot in Gamcheong was to add color to my portfolio. I often find myself shooting just for the patterns, lines, and colors that I see. Gamcheong gave me the chance to do just that.

I value the post.Really thank you! Keep writing.