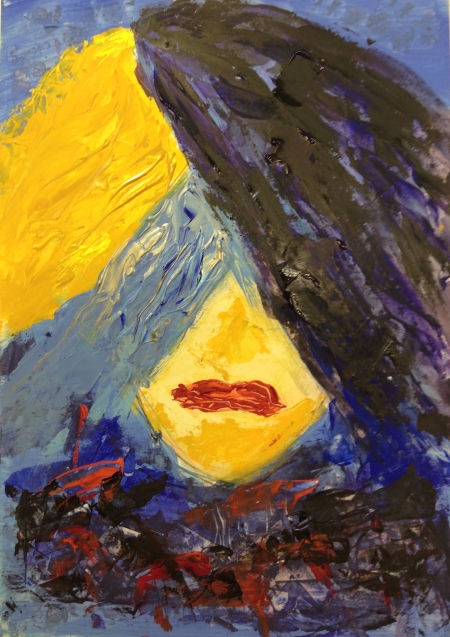 A while ago a very talented extraterrestrial being asked me if they could deface one of my pictures. To which I obliged. The picture was of the remains of a building that had already been destroyed by mother nature. I took it on the Battleship Island off of the coast of Nagasaki.

Let me introduce this person. She is painter, and a writer, and her works can be seen on her blog here, but the featured image on this post above and the one below are examples of her incredible work. 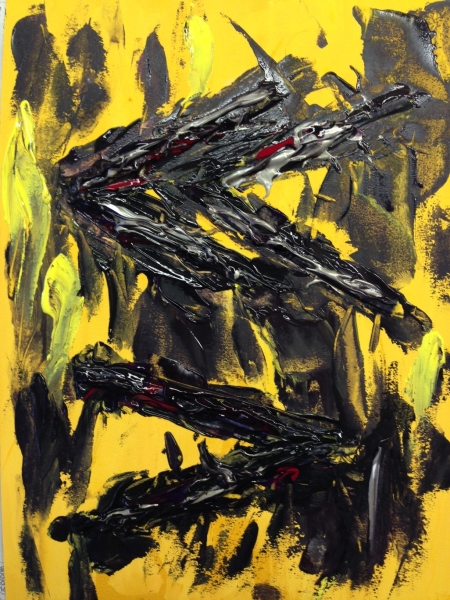 She produced three paintings, all using the same photograph. They are entitled, Supra Lux, Zenith, and Prime Mate. I will be the first to admit that I’m not at all familiar with the world of abstract art. So while I found the finished works very visually appealing, I needed something to feed my mind as well as my eyes. So I asked Sabiscuit a bit about her choices with each painting to get a feel for the theme of the series and also the meaning of the titles she chose for them. I recorded it, and had to listen to it multiple times before really understanding myself. The paintings are below with their respective titles, and a direct quote from Sabiscuit about the work. 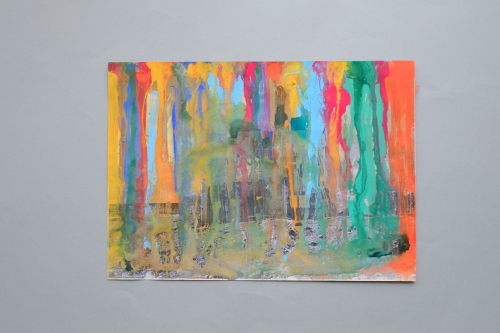 “If you’re at the top of a prism, and you shine a light through the bottom, you’re going to see the spectral colors come out… so I was trying to explain that symbolically, if you have a really broad perspective you don’t really see everything in black and white, you can see what is. Light is more complicated than black and white.” 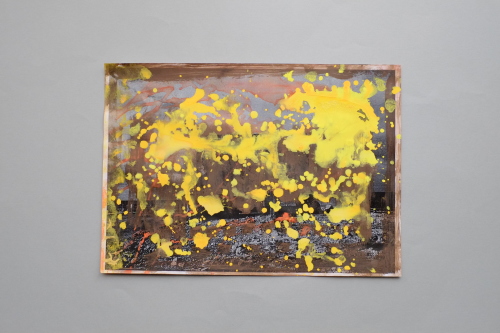 “I wanted to play on the theme of light on, because ‘supra’ means on, and ‘lux’ means light… because the building is abandoned, it’s derelict… so how do you give light to the building? Put the light on, physically like electricity… according to biblical mythology, when the world was rendered into existence, how does the Bible start? Let there be light, right? Supra Lux, it is a command, and a request at the same time… it just popped into my head.. you have to obliterate darkness with light.” 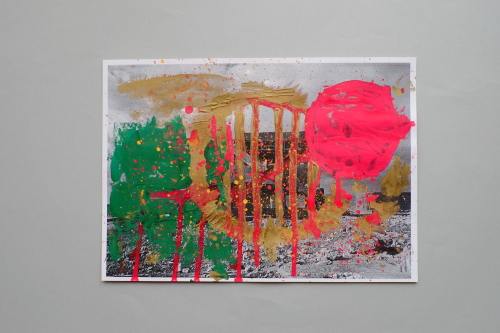 “I was thinking of it like twins. Like dual forces. Light, dark. Sun, moon. In other words, the two compliment each other, and you need the balance of, a sort of logic and emotion. For example, if you were to look at it in terms of war and peace, you don’t define peace it just is. The opposite of war is freedom… and people go to war to get their freedom… War is a higher cognitive thought. You have to be organized in your thoughts, and you have to strategize. You need thinking skills to go to war, but you don’t in order to be peaceful, or to not go to war.”

Hello Alan, thanks a lot for taking the time to prepare this post. I am still surprised you like that yellow thing. It is called Void, by the way, and it is about two alien life forms. The trilogy was a lot of hard work, on my part, doing this, and I am very protective of them. I’ve never felt such a sense of completion with any work and I hope that I will find it again. Thanks for keeping them safe, and warm regards, SB.